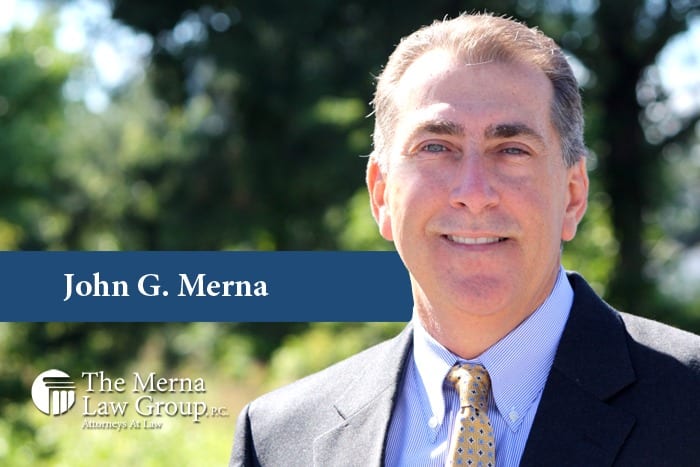 He also holds a master’s degree in Journalism from the University of Arizona and a bachelor degree in Political Science from Virginia Tech.

Prior to founding The Merna Law Group in 2003, Mr. Merna was the partner in a prestigious bankruptcy law firm in Los Angeles for eight years. He is admitted to practice law in both Virginia and California. John is also admitted to practice in the U.S. District Courts in the Central and Eastern Districts of California and the Eastern District of Virginia Bankruptcy Court.

Prior to practicing law, John spent eight years with the Central Intelligence Agency (CIA) conducting undercover operations worldwide.  Additionally, he spent three years as a private contractor with the Multinational Forces & Observers in the Sinai Peninsula, Egypt.   John has traveled extensively around the world and is a certified scuba instructor having taught diving in Egypt, and Hawaii for a variety of organizations including Club Med.